Call of Duty: Mobile to get Rambo and Die Hard’s John McClain next week 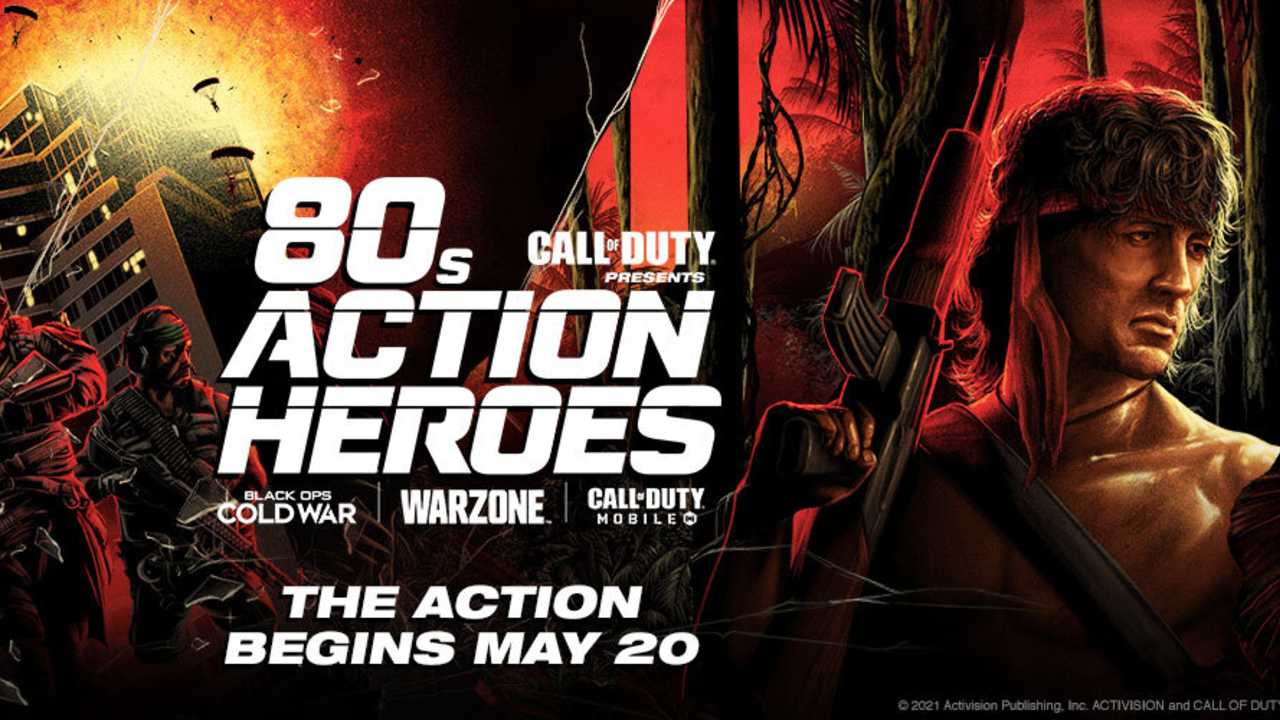 Activision has confirmed that it will be adding 80s action heroes to its current lineup of Call of Duty titles. This includes Call of Duty: Mobile, Call of Duty: Black Ops Cold War, and Call of Duty: Warzone. While the developers haven’t openly confirmed anything yet, the teasers posted earlier have pretty much confirmed that Rambo and Die Hard’s John McClane will be making their way to the games.

The event will be called ‘80s Action Heros’ and is scheduled to start fro May 20. However, no additional details are known as of now. For example, we do not know if the new characters will be available via a bundle, or for free via a challenge. We also do not know if we will see other inclusions from their respective franchises. This includes secondary characters, antagonists or even multiple versions of the protagonists.

Welcome to the party, pal! pic.twitter.com/ThVHmZZRel

For now, players can look forward to the addition next week. It should also serve as a dash of nostalgia for those who grew up in the 80s or 90s. Rambo and Die Hard are considered to be one of the biggest and most popular action franchises in movie history.

Of course, it should be noted that the ‘80s Action Heroes’ event will be separate from the Season 4 update the developers plan to launch in the next few weeks. Besides the brand new Dome map, the new update will also include weapon rebalancing across the board. The developers note that the idea behind the upcoming weapon rebalance is not to nerf weapons. Rather, it is to ensure weapon types fulfill their specialty roles. You can learn more about that here.