Budgetary offering with a couple of hitches 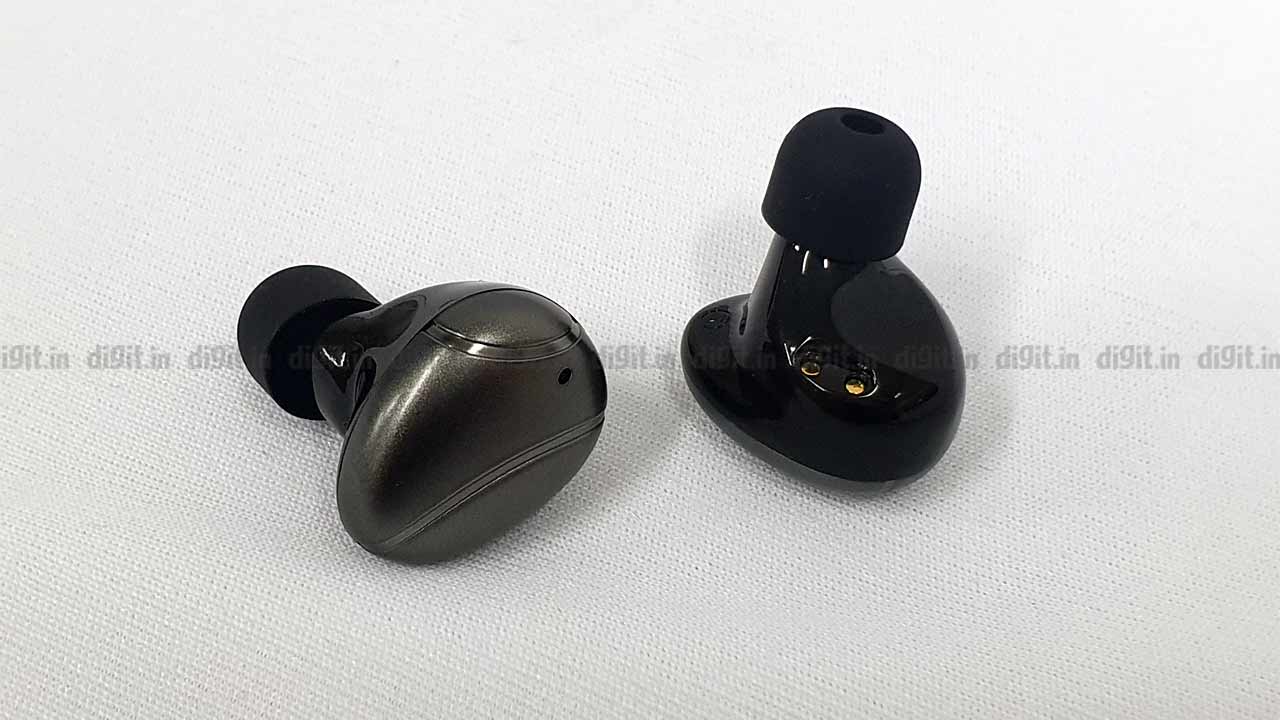 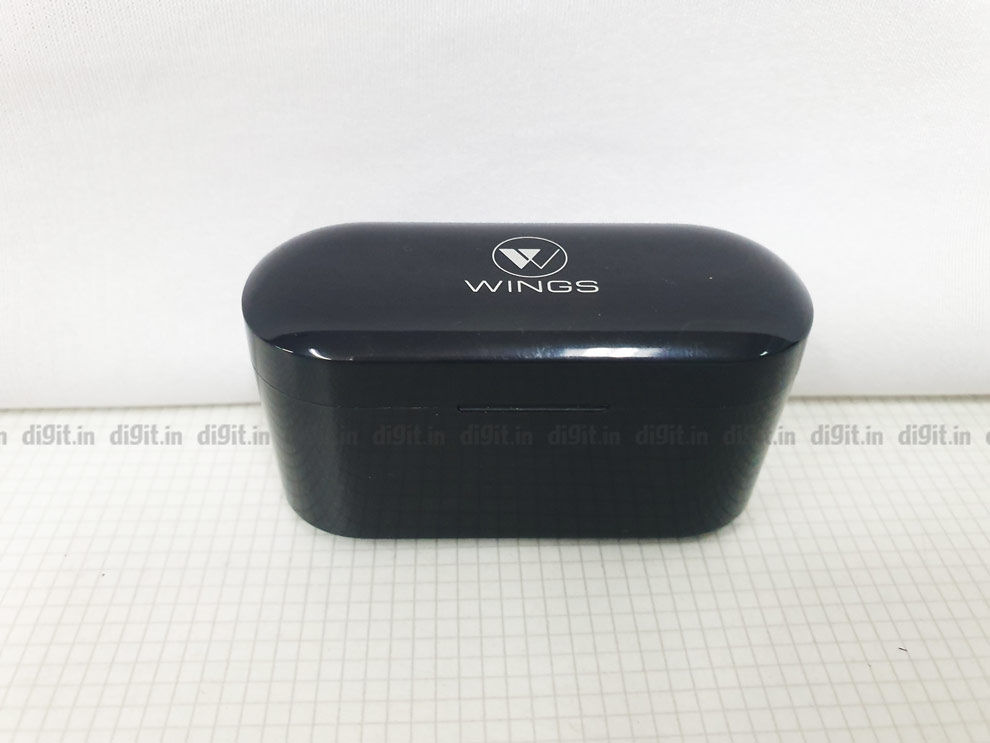 The Wings Alpha earphones come enclosed in a plastic, glossy black charging case. The form factor is rather compact and is rectangular along with curved edges. It is easily pocketable and stands apart from some of the bulky true wireless charging cases on the market right now. The texture of the case is smooth, while the Wings logo is indented on the lid of the charging case in silver. It looks simple and feels quite robust too. 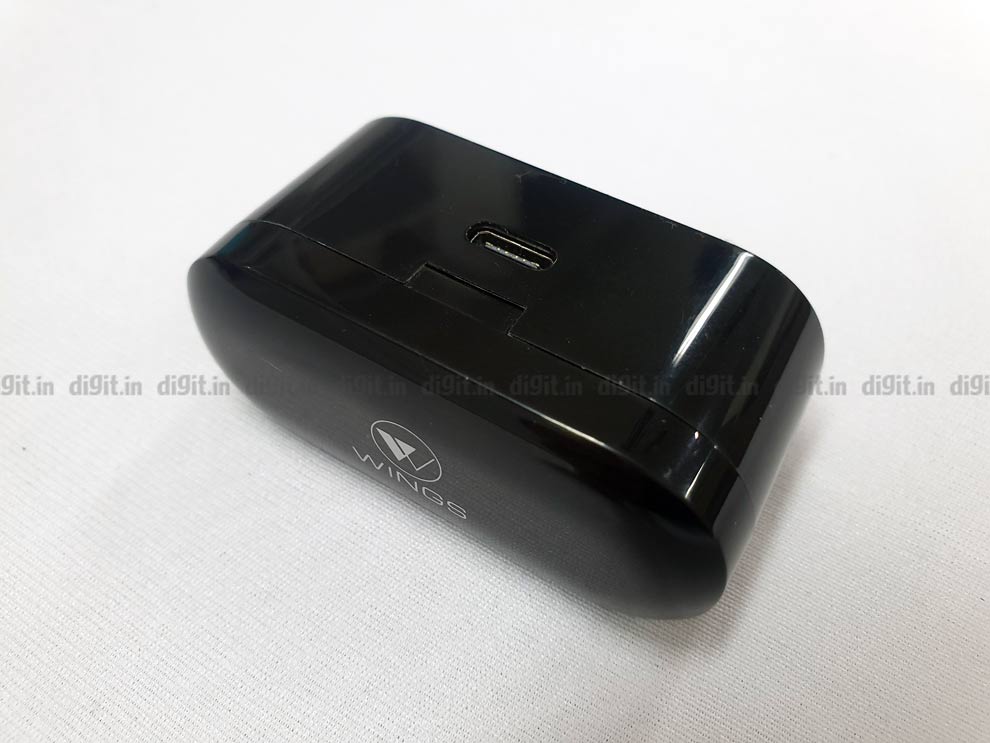 The case also comes with an LED light on the front which indicates the battery left on the case. The LED isn’t too garish. It is dim but prominent enough to be seen. The backside of the case hosts the USB Type-C charging port. 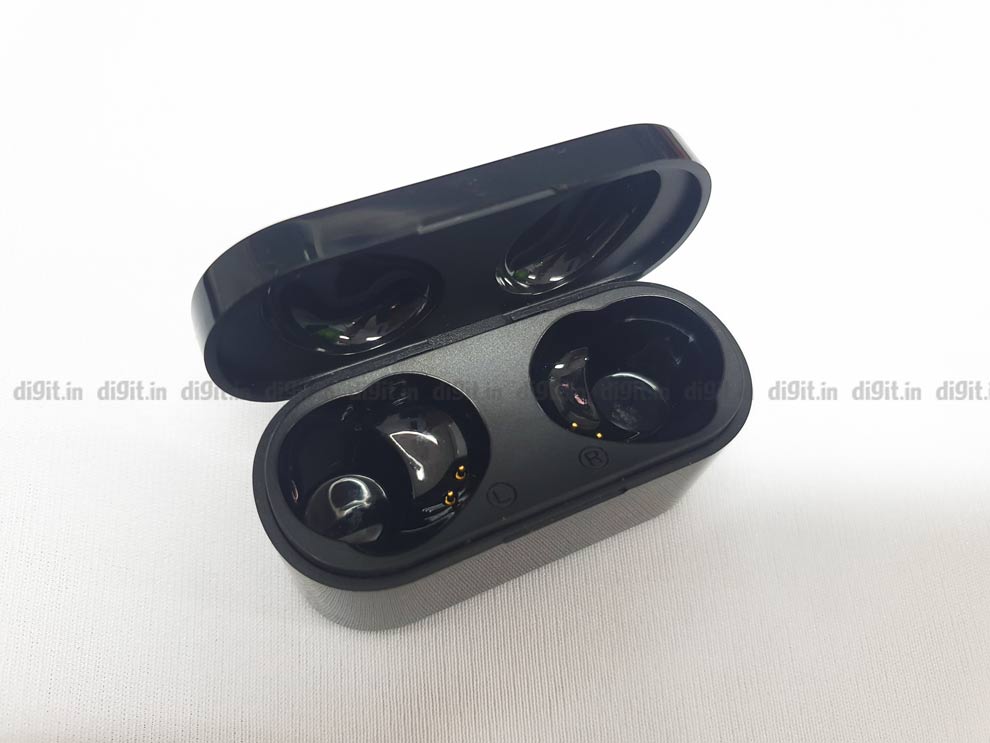 The lid of the case opens upwards and snaps back in place with the help of magnets. We’d prefer if the snap sounded slightly more satisfying which could be easily achieved with the help of stronger magnets. Within the case, the earphones sit inside their dedicated R and L cavities. The overall texture on the inside of the case is matte, however, the cavities still have a glossy finish much like the exterior. Upon extracting the earphones, you will also notice golden magnetic pins which connect to the earphones to secure them in place. 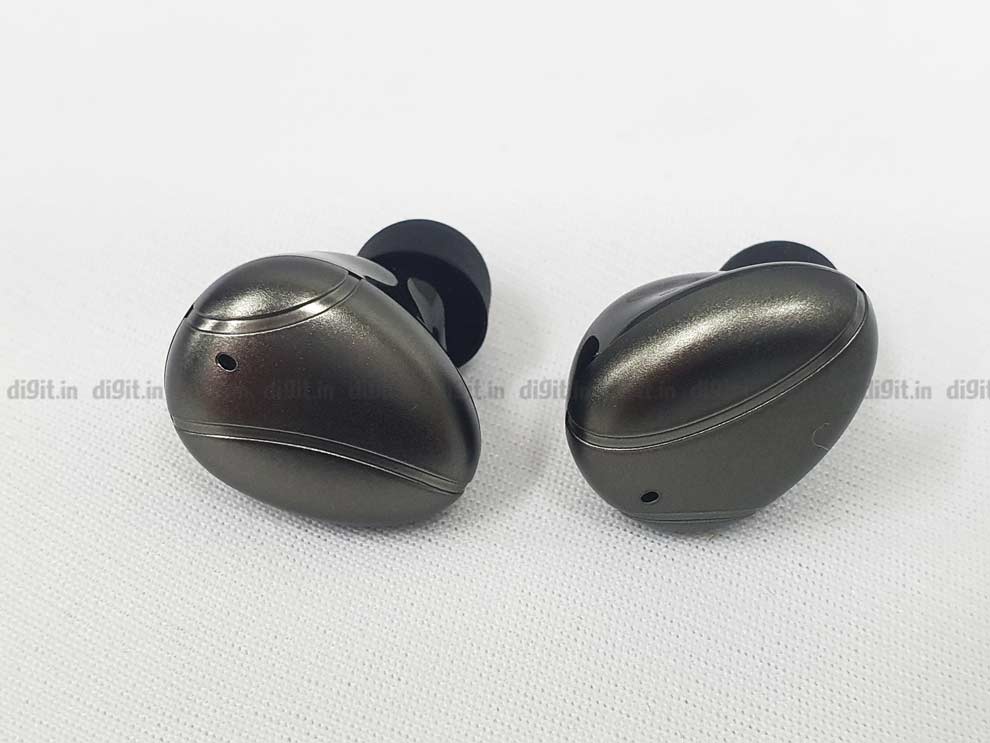 The earphones are extremely compact and ergonomic. They have a shape which seems like a cross between a tear-drop and egg and feature an LED light on the backside as well which indicates whether they are charged, pairing, and more. The earphones are also made out of the plastic material, but the backside has a dark greyish matte texture which looks quite attractive. The overall design would be more holistic and attractive if some part of the case also sported this matte texture with a greyish tone. 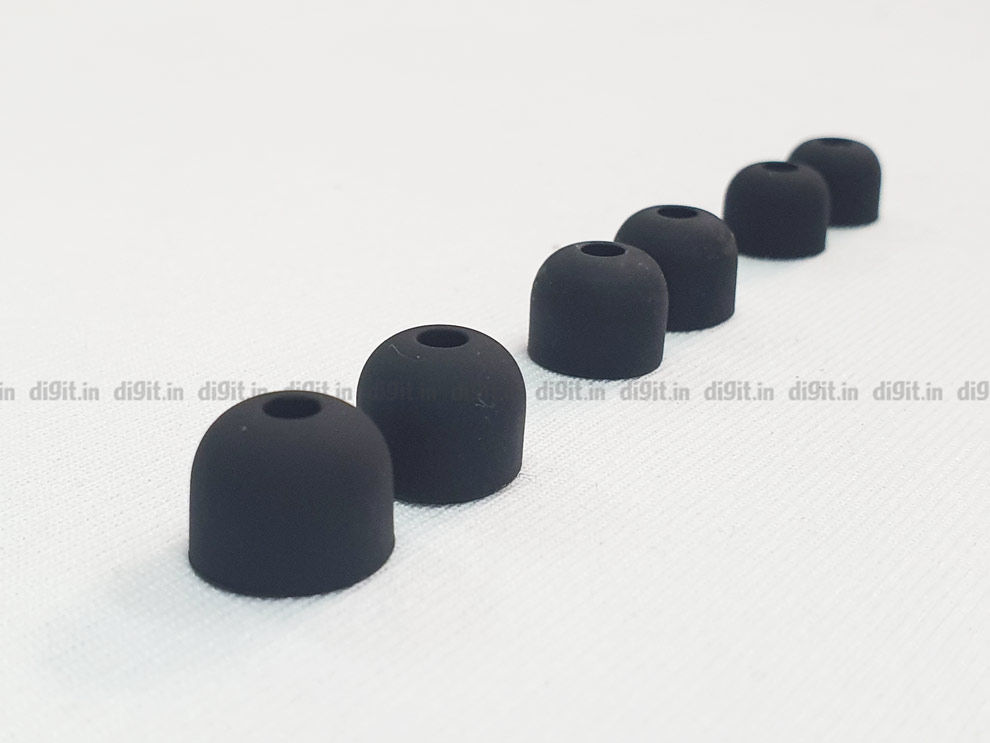 The underside of the earphones have the same glossy black texture as on the case and also feature the golden points where the magnetic pins attach. The eartips protrude out of the elliptical/oval shape and constrict in size proportionally until we end up at the tips. The earphones come with three different sizes of silicone tips – small, medium and large. 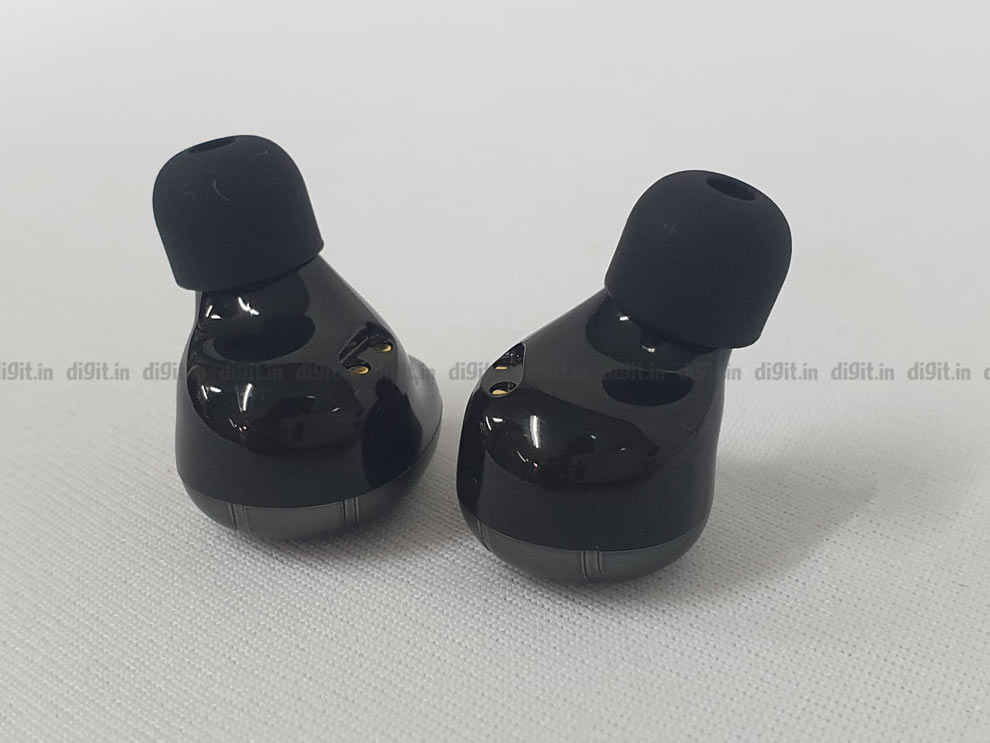 The fit inside the ears is snug and secure owing to the compact and ergonomic form factor of these earphones. They can easily be used while gymming or running. We moved around our heads manically, to a point where we were almost headbanging and the Wings Alpha stayed put without any signs of budging. Overall, we enjoyed the design, comfort and fit that these earphones offer, however, the charging case could have been designed a bit more creatively.

The Wings Alpha true wireless earphones offer an astounding number of premium features for the inexpensive price point they are available at. While this is certainly impressive, not all features offered work as seamlessly as you’d hope.

Firstly, the earphones come equipped with Bluetooth 5.0. So, their connection to the device you’re using is strong and there aren’t any noticeable lags and skips in tracks which are played via a device. However, both earphones do not actually connect to the device. The right one connects to the device and is the masterbud, while the left one simply connects to the masterbud. We noticed an extremely high number of connection drops between the two earphones. This is especially troubling if you have long hair that veils the earphones, like the reviewer. The buds kept getting disconnected from each other at the slightest movement. However, this issue got less pressing when the reviewer tucked her hair behind her ears. 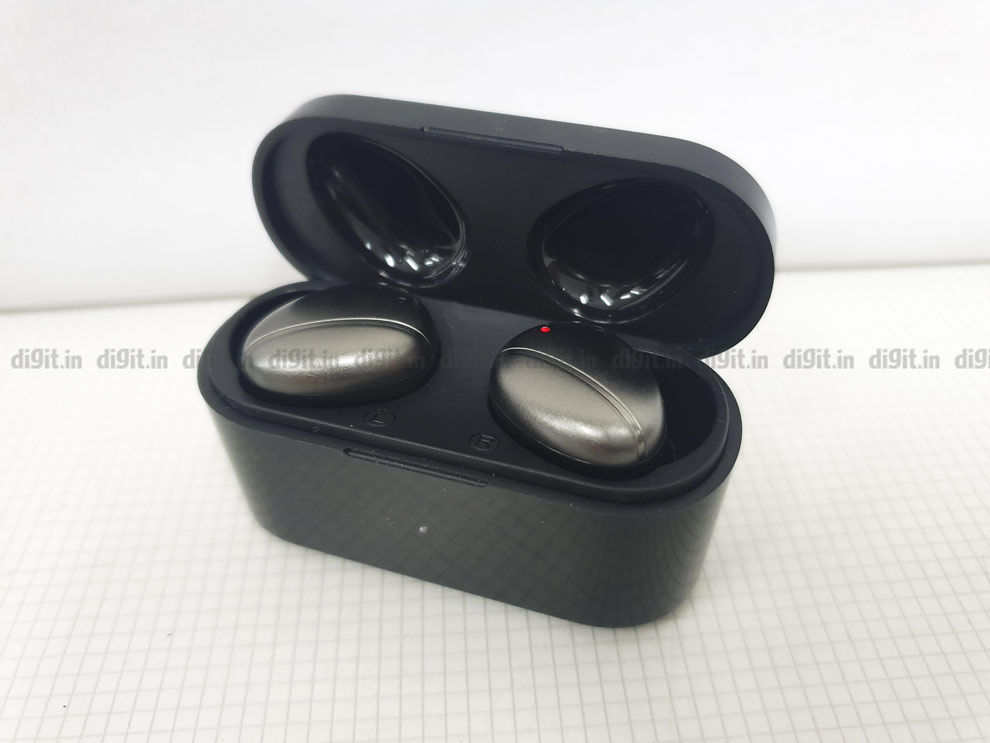 Nevertheless, it is a serious issue that can really taint your experience. We hope we got a faulty piece for review. We recommend that you look at tons of customer reviews and see if the problem exists for everyone before buying these earphones.

The Wings Alpha also have integrated touch controls on the rear surface of the earbuds. To pause or play tracks or to answer a phone call, press the touch surface on either earbud once. A long press on either earbud up to 1.5 seconds will reject an incoming call while a normal tap will end an ongoing call. In order to skip to the next track, you will have to long-press the surface of the right earbud for 1.5 seconds and to go to the previous track, just mimic the same on the left earbud. Two consecutive taps on the right earbud increase the volume and the same on the left earbud will decrease it. Triple tapping either earbud consecutively will fire up the voice assistant. 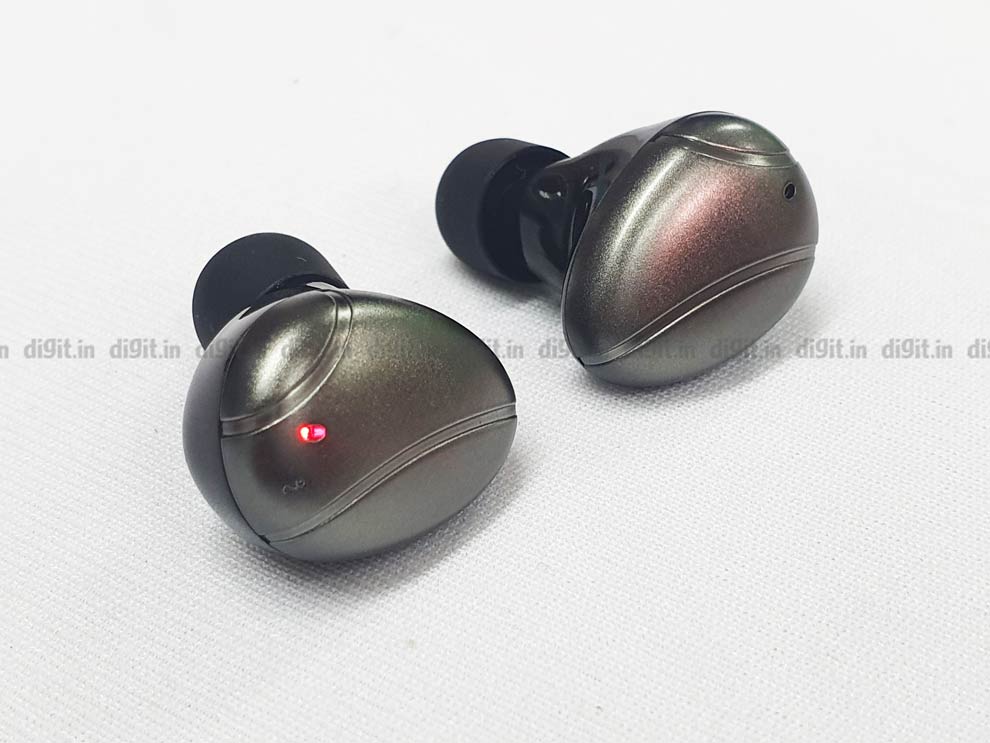 While the pause/play and skipping tracks functions work decently well, the volume and voice assistant controls barely ever worked for us. The surface, for the most part, registered double and triple taps as single ones and merely paused/played the track or media. This is rather disappointing since we spent a fair bit of time trying to get these controls to work. What we found was that you need to use light touches while double and triple tapping to make them work. Despite doing this, these features worked sparingly. 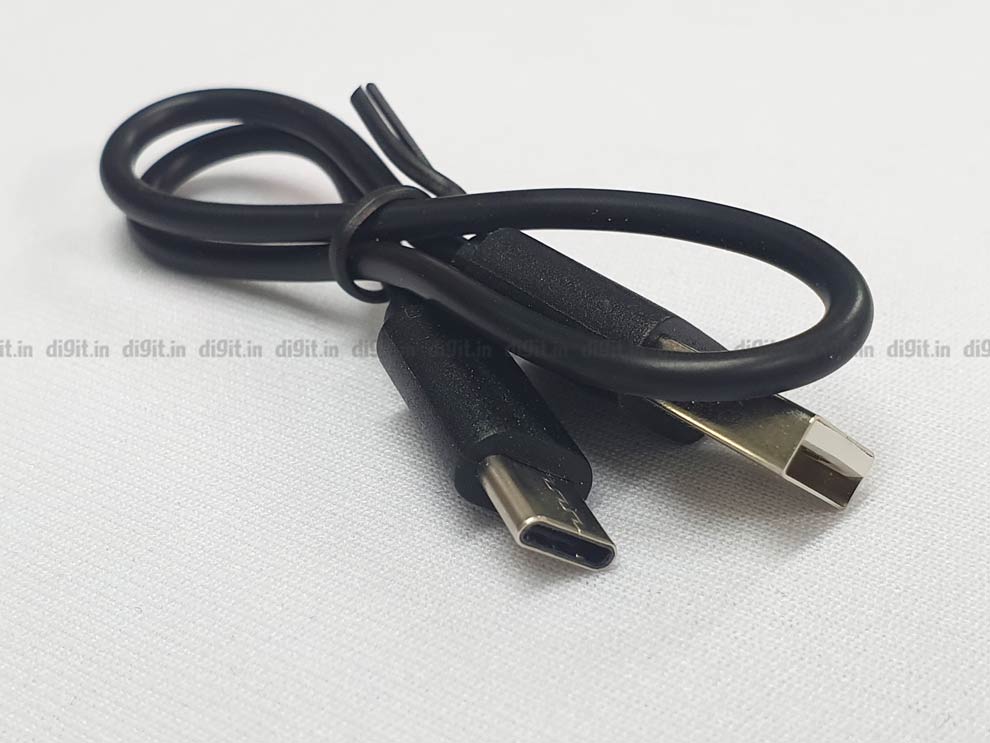 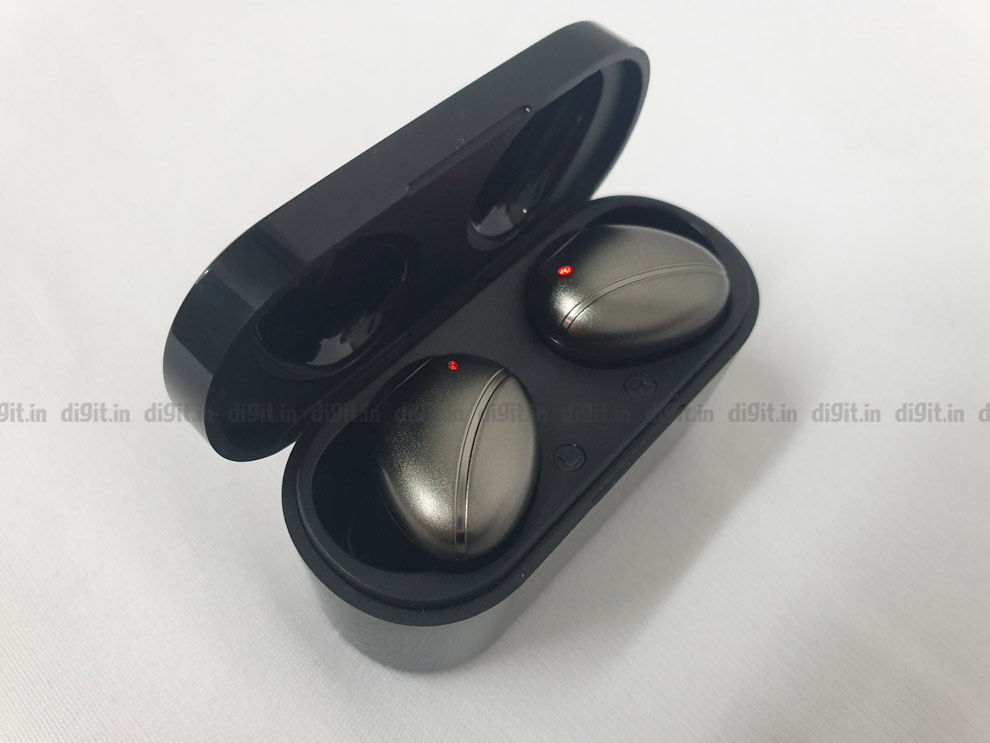 Lastly, the earphones are capable of playing back media for a period of about 4 hours while the charging case nets you another 16 hours or four full charges, bringing the total battery life of this device to a respectable 20 hours. The case, with a 420 MaH battery, gets fully charged in about 1.5 hours, which is quite impressive.

The Wings Alpha have a warm, bass-y sound profile that is quite mass-appealing. The lows are quite enhanced and the bass is rather punchy. However, with this punchiness, there often comes an unappealing boomy sound in some earphones and the Wings Alpha is no exception to this. Tracks such as Popular Monster by Falling in Reverse sound excessively bass-forward and the drums and bass guitar sounds quite muddled because of the boomy bass.

However, in genres such as hip-hop, EDM and pop, the punchy bass sounds quite energetic and has tons of drive, making them sound great. The mids are represented quite well. They’re slightly under emphasised but vocals still sound luscious and full. However, a plethora of mid-range instruments sometimes lacks drive unless the volume is pushed up to around 75 per cent or more. The highs, on the other hand, are decent. In tracks such as Fall Out Boy’s Centuries, they sounded harsh and slightly tinny but the earphones did well handling female vocals in tracks such as Hello by Adele.

Soundstage, as expected on in-ears, is largely limited and not at all spacious, however, we were pleasantly surprised by the imaging on these earphones. Instruments were spatially-accurate even though the distance between them was mediocre.

The call quality on these earphones was quite good. The receiver could hear everything we said clearly, although background sounds were also quite audible. When relaying a passage to the Google Recorder app, the microphone was able to pick up most words accurately. Battery life on these is decent as well, with 4 hours in the earbuds and 16 in the charging case. In our tests, the earphones lasted about 3 hours and 15 minutes on 65 per cent volume, which is decent for budgetary earphones.

Priced at 2,799, the Wings Alpha true wireless earbuds seem like an extremely lucrative purchase since you get high-end features such as touch controls, Type-C charging and more. However, the issues with the touch control’s sensitivity and accuracy as well as the lack of stable wireless connection between the two earbuds (especially if you have long hair) really soured our experience. However, the sound quality is quite competent for the price point and vocals are produced very well on these inexpensive earphones. So, if you don’t use the volume controls and voice assistant touch controls as much, and have cropped hair (or tied up hair), you have a really inexpensive pair of earphones that do get a fair number of things right. The company is relatively new but does show promise when it comes to audio products. We hope they iron out a few issues for their next release.