Sonam Kapoor, who is soon going to welcome her first child, has been treating her Insta family to adorable pictures and videos of herself ever since she announced the pregnancy. Recently, she shared two posts on her Instagram stories looking gorgeous in a yellow ensemble. In the first post, which is a video, she can be seen caressing her baby bump, while in the next, she is showing off her perfect makeup and red nails. She didn’t drop any caption and let the picture do all the talking. 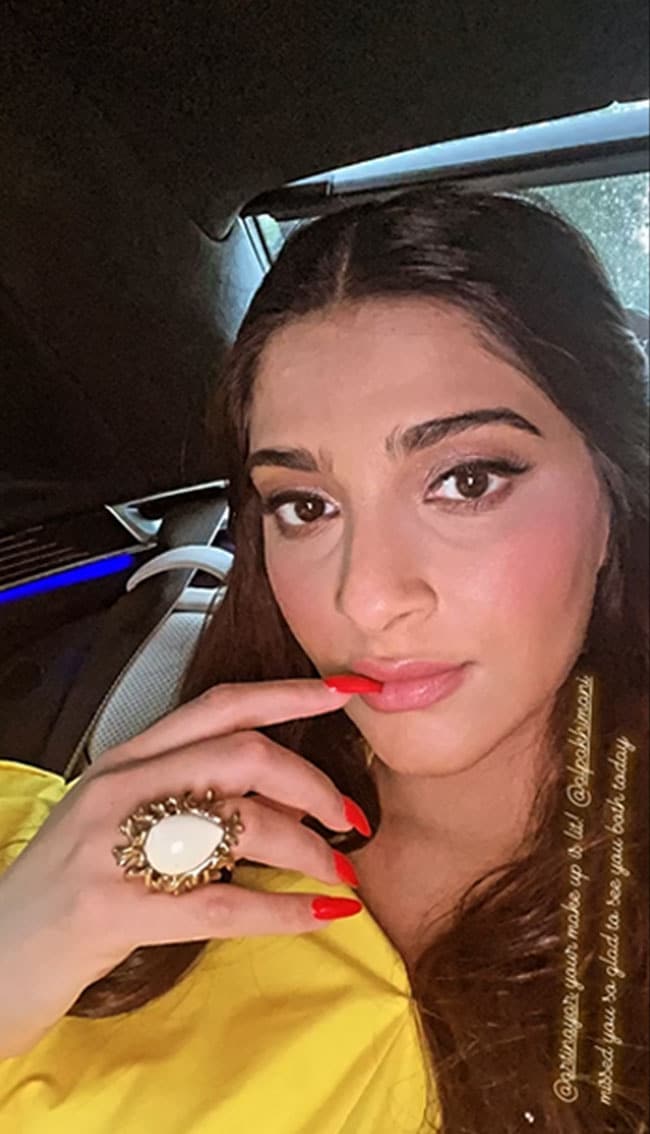 Sonam Kapoor is enjoying her pregnancy to the fullest. Recently, she jetted off on holiday with her husband, Anand Ahuja, to Italy. She shared several pictures and videos from her babymoon, leaving her fans in awe. Check out the posts below:

Later, the couple jetted off to Paris, where they were joined by Sonam’s sister Rhea Kapoor and her husband, Karan Boolani. Check out the posts below:

Sonam Kapoor also shared pictures from her intimate baby shower in London. For the party, the actress was dressed in a pink ensemble, while Anand Ahuja looked dapper in an all-brown outfit. Sharing the pictures, Sonam captioned the post as, “It’s all starting to feel real! This baby is now well on its way and I’m so thankful to @eieshabp for throwing the best welcoming party ever, bringing together so many of my favourite people and showering me with love and blessings in the most generous and beautiful way.”

Sonam Kapoor and Anand Ahuja got married in May 2018, and soon they will be embracing parenthood.