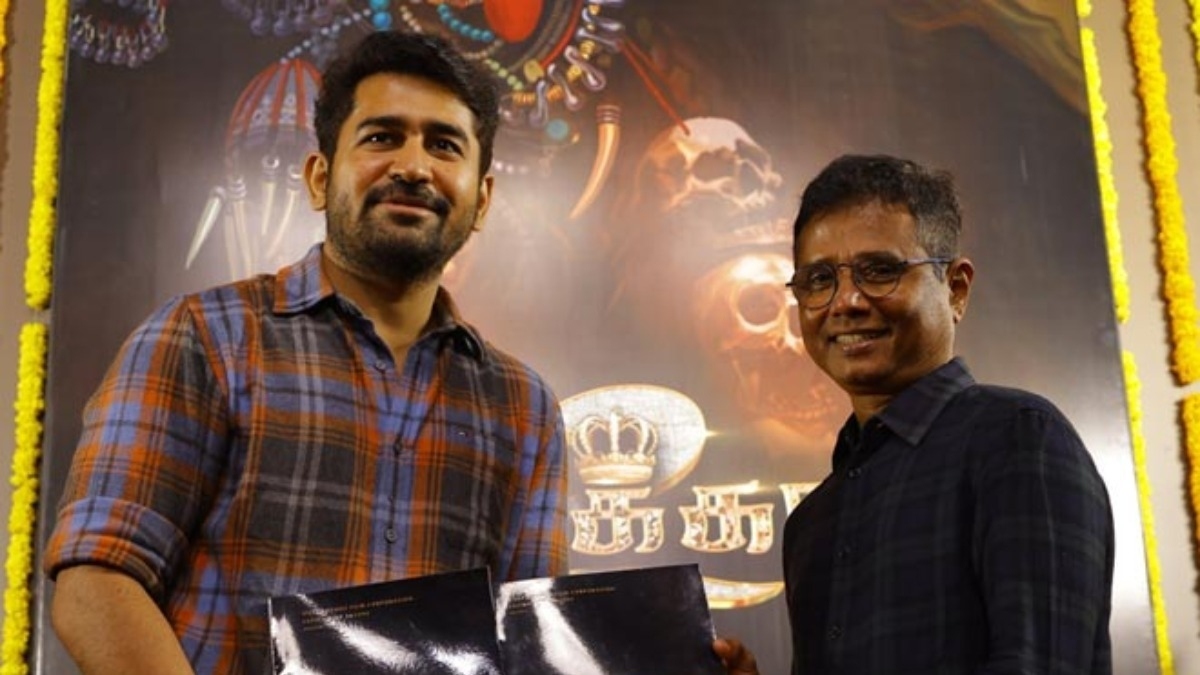 ‘Pichaikkaran 2’ is the sequel of Vijay Antony and director Sasi’s 2016 blockbuster ‘Pichaikkaran’. After National award-winning director Priya Krishnasamy opted out of the project, Vijay decided to don the director hat himself. This project is bankrolled by Vijay Antony Film Corporation and will be made in two languages Tamil & Telugu.

On September 2, the special pooja of Pichaikkaran 2 & Bichagadu 2 happened today morning in Chennai. Yesterday, 17 directors came together to grace the occasion. Veteran director SA Chandrasekar lit the auspicious Kuthu Vilakku. Director Sasi, the maker of Pichaikkaran 1, switched on the camera and director Vijay Milton tapped the clapboard for the first shot.

The much-awaited bilingual sequel went on the floors on the 1st of September officially. Many other Directors, Producers & Technicians took part in this auspicious pooja. On the other hand, Vijay Antony’s political thriller ‘Kodiyil Oruvan’ is all set to hit the screens on September 17. Directed by Ananda Krishnan of Metro fame, Aathmika is the leading lady of the film.